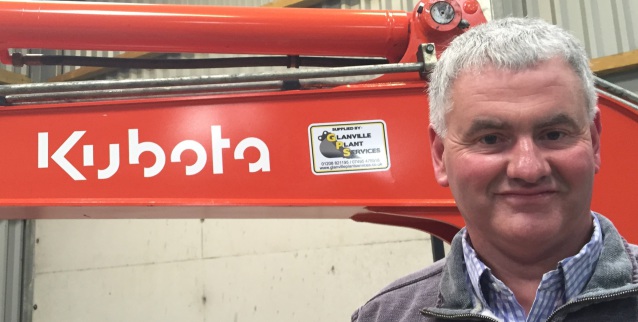 Since having his first vintage tractor whilst still at school, David has always had a keen interest in the restoration of vintage equipment. He has restored many vintage tractors over the years and in more recent years has enjoyed turning his hand to steam engine restoration.

His attention to the smaller details of finish and his aim that every restoration should be just as it left the factory has led to the restorations below.

Please do not hesitate to contact David with any restoration requirements that you have, from making a new bolt to a full rebuild. 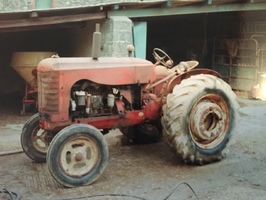 This Massey Harris 744d tractor had a full mechanical rebuild before the paintwork was restored. The Perkins P6 engine had a full overhaul and because it spent many years on a corn crusher without being moved the top half of the bearings in the back axle had suffered with pitting, so every seal and bearing in the transmission was replaced. The brakes were relined and a new belt pulley was sourced. 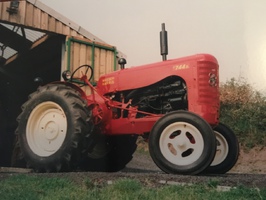 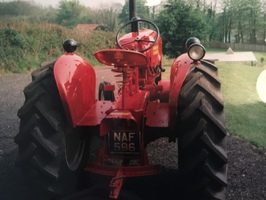 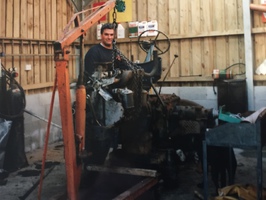 This Fordson E27N had the Perkins P6 engine rebuilt and new wings and footplates were fitted. A Cookes ten ton two speed winch was refurbished and a subframe was made to suit. Then the paintwork was restored. 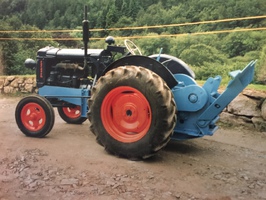 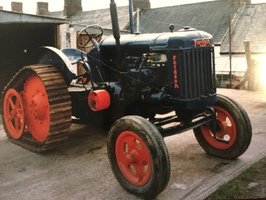 David sourced and fitted a set of Roadless half tracks to this petrol / TVO Fordson E27N. 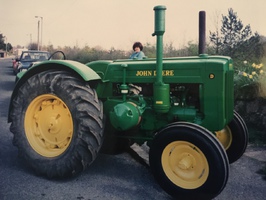 This John Deere D was one of David’s earlier restorations. 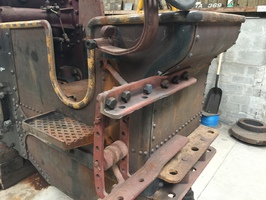 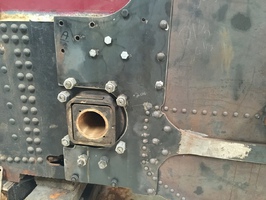 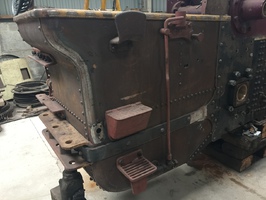 This tender is for a Burrell traction engine, once the sides had been pre-drilled by David they were sent away to have the radius formed, it then came back in kit form and David set it out and drilled and bolted all the holes. He then assisted with the hot riveting process. He then made the machined bolts to hold the tender to the horn plates. 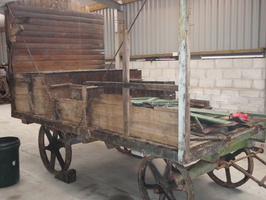 This steam roller living van spent its working days with R.Dingles & Sons of Stoke Clismland in Cornwall. It was removed from a garden near Callington where it had sat for twenty years. The only wood that could be saved was the rear axle carrier and the turntable. David sourced reclaimed pitch pine and rebuilt the frame work, wood was machined to the original 5" wide planks to clad the van and the interior was fitted out. It was first shown at Boconnoc in 2013. 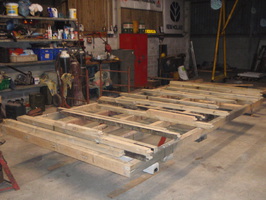 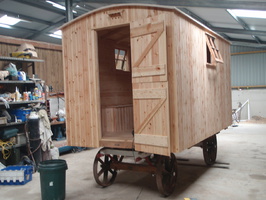 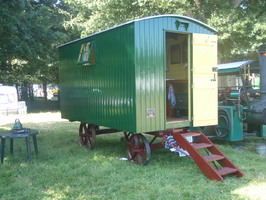 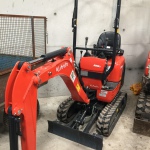 Our lowest houred used digger goes out. It was 2014 and had done a genuine 29 hours. 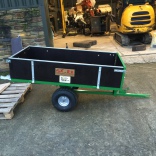 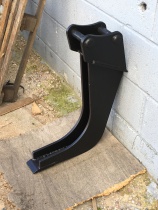 An unusual bucket supplied, 80mm wide with a working depth of 600mm. 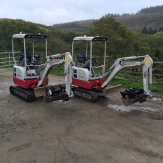 A pair of TB215 diggers await their new owner.